The relation between verse of purification and divine commands before it.

“Allah only wishes to remove all abomination from you, ye members of the Family, and to make you pure and spotless”(33:33) has no relation with the verse connected to it as this is half portion of (33:33)

The shias always argue that the verse of purification has its content  apart from the verses connected to it, before it and after it . But even they acknowledge that what the verses connected to it(ayat tatheer), before it and after it were revealed for wives of prophet(saw) and the commands present in them were for wives of prophet(saw).

Now lets see the part that is connected to verse of purification and which is the same verse:

And stay in your houses and do not display your finery like the displaying of the ignorance of yore; and keep up prayer, and pay the poor-rate, and obey Allah and His Messenger.(33:33)

And establish regular Prayer, and give regular Charity; and obey Allah and His Messenger.Allah only wishes to remove all abomination from you, ye members of the Family, and to make you pure and spotless(33:33)

And if we closely look into the  divine directions that Allah gave to wives of prophet(saw) in this verse we will find that those directions were themselves a source of purification. That is Tazkiyyah(purification of soul) . Some of those divine commands were :

3. obeying Allah and his messenger

And establish regular prayers at the two ends of the day and at the approaches of the night: For those things, that are goodremove those that are evil : Be that the word of remembrance to those who remember (their Lord): (11:114)

Ablution (wudoo) purifies those who perform it. Refer quran (5:6)

2. Zakat: Zakat is also one kind of  purification, practicing this one becomes purified as the quran says:

Take alms out of their property, you would cleanse them and purify them thereby, and pray for them; surely your prayer is a relief to them; and Allah is Hearing, Knowing. (9:103).
3. Obeying Allah And His Messenger(Saw): Obeying Allah and his messenger(saw) encompasses all the forms of purification of soul(tazkiyyah) as the quran says:

Then He inspired it to understand what is right and wrong for it;.Truly he succeeds that purifies it(91:8-9)

Shia tafseer for this verse: “Thus, those who are successful and those who fail in their lives, in this world, are defined here. The characteristic of these two groups is only the following: Piety and the growth in the spirit of virtue and obeying Allah. or impiety and polluting the soul with sin and corruption. A tradition from Imam Baqir and Imam Sadiq (p.b.u.th.) , commenting on this verse. says: “Indeed he succeeds who obeys, and he is deprived who disobeys” Majma’-al-Bayan, vol. 10, p. 498. (The Light of The Holy Qur’an  by Ayatullah Sayyid Kamal Faghih Imani and A Group of Muslim Scholars, under explanation of verse 91: 10)

Thus after analyzing  the context, we found that Allah Almighty was giving the prophet’s wives(ra) some divine directions(which were themselves types of purification) to be done. What all he commanded them do and to abstain from it was because if they conformed to his commands and abstained from what he forbade, He would reward them by removing all abomination from them and make them pure and stainless.  What we observe here is that here Allah speaks of  legal(tashri’i) purification and not the creational(takwini) purification.

And what we analyze here is that the words here are to the effect: “Allah intends to remove uncleanliness from you and purify you completely. ” The context also does not tell that the object here is to mention the virtues and excellences of the Holy Prophet’s household. On the contrary, they have been advised here what they should do and what they should not, because Allah intends to purify them. In other words, they have been told that if they adopted such and such an attitude and way of life, they will be blessed with cleanliness, otherwise not. However, if the words “Allah intends to remove uncleanliness from you . . . ” are taken to mean that Allah has made them infallable, then is no reason why all the Muslims who perform their ablutions before offering the Prayer, who pay zakat, who perform salah are not held as infallable, because about them also Allah says: “But Allah wills to purify you and complete His blessings upon you.” (Al-Ma’idah: 6)  similarly (11:114), (9;103). As for what has been said in the verse under study it obviously means that through these instructions Allah will remove the impurity from ahlebayt of prophet(Saw) and will cleanse them pure.

Thus we see how the verse of purification is related to the verse connected to it which has the commands in it and those commands themselves are means of purification of soul. So  its simple and crystal clear for a sensible person to understand that Allah wanted first the wives of prophet(saw)  to purify themselves by the commands he gave them, then in “that relation” he said that He wishes to purify them.

From a Grammatical point of view:

Let us try to understand this issue from a grammatical angle. We look at another part of the verse [33:33]:

Here we have the word “to” which in Arabic is the letter ل or “Laam” that we highlighted in red color in “li-yudh’hib”, this letter which is placed before the word “yudh’hib” “remove” has a function that ties the removal of impurity with the orders and prohibitions directed at the mothers of believers. In Arabic it is called لام) التعليلية) or “Lam al-Ta`liliya”, its function is (consequential) so “li” implies consequence.

An example of “li” being used in a sentence is:

So it implies consequence, as if you are asking the question “Why did I come?” the answer:”To see you.”

The “Lam al-Ta’aliliyah” covers the function of كي “Kay”, this is why it can be called “Lam kay”.

So it is as if you said:

Transliteration: ji’tu Kay azurak
Translation: I came to see you

And notice that whether you use “Lam” or “Kay” the English translation remains the same, this is because they have the same exact purpose.

So in the sentence above, “I came to see you”, me seeing you is a consequence of me coming.

And in our verse: “Allah only wants to remove”

And as you see in English there is absolutely no difference whether you use “li” or “An”, the phrase would still be translated the exact same way as both of them would be translated as “to remove”.

So what’s the difference then? the difference is that “An” does not tie the meaning to what is before it whereas “li” implies consequence as we stated and automatically links to the context before it, Allah specifically used “li” because the Ayatul-Tathir is linked to the orders and prohibitions aimed at the wives and as a consequence they get to be purified.

Since both “An” and “li” translate the same way in English, this becomes a bit hard to express but the matter of the fact is that they are both quite distinct to the Arabs. In the case of “li” we might express this by translating the verse as follows, with “this” in parentheses:

Here, the interpolated word ‘[this]‘ refers to all that has been told to the Mothers of the Believers (ra) before.

What is most ironic is that the Shia scholars like Ja`far al-`Amili and al-Tabataba’i, both admit that the “li” in verse [33:33] is “Lam al-Ta`liliyah” and here we quote:

Therefore, in conclusion, we say that the second part of the verse [33:33] or Ayatul-Tathir cannot stand on its own without a previous context, unless the Shia think that the Arabs can begin with a consequential tool without having a context before it. Therefore the words “innama…..tatheera” do not constitute an isolated parenthetical phrase, but rather are part of the general context of these Ayat.

Towards the end of this answer, we would like to show the double standards of Shia scholars, we read:

Translation: And it appears from the saying of the righteous scholars (ra): that the divine will that is expressed in his saying “Allah only intends to remove from you the foul…” is linked primarily and exclusively with removing the foul and with purifying, but we say: That what is apparent is that it is linked primarily and exclusively to another matter, it is linked to the same orders and prohibitions that were aimed at the Prophet’s(saw) wives. [Ja`far Murtada al-`Amili, Ahlul-Bayt fi Ayatul-Tathir: pg 66]

May Allah’s (swt) blessings be upon His Messenger, his household, and companions.

5 thoughts on “The relation between verse of purification and divine commands before it.” 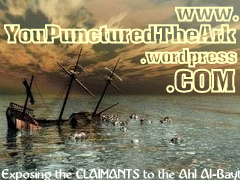 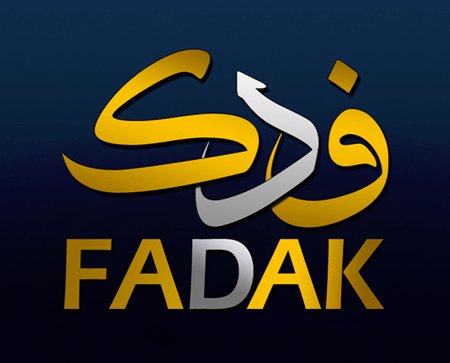 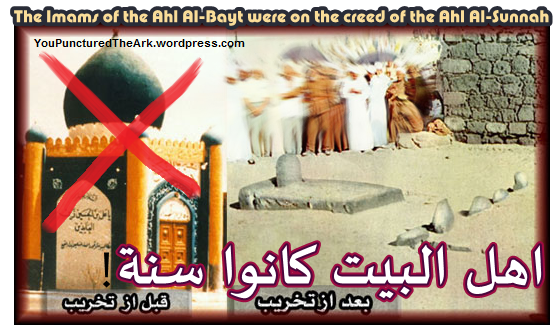 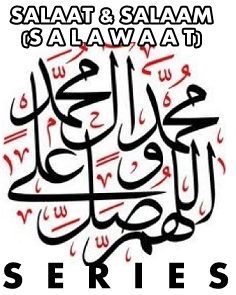 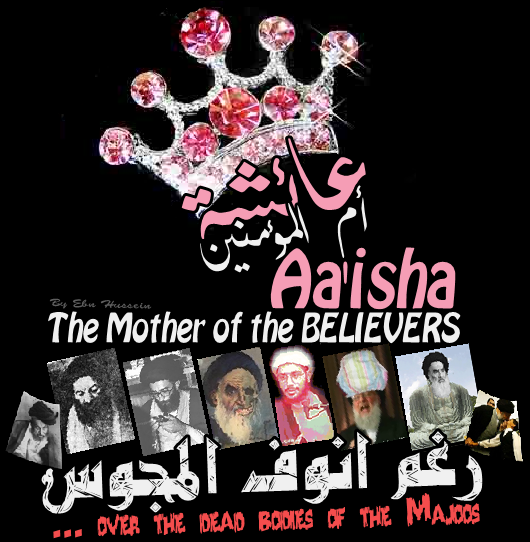 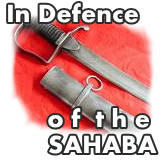 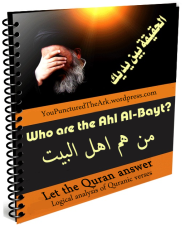 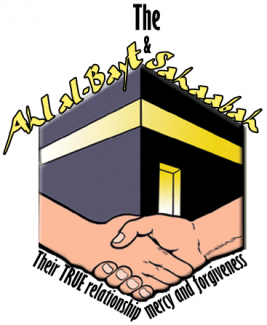 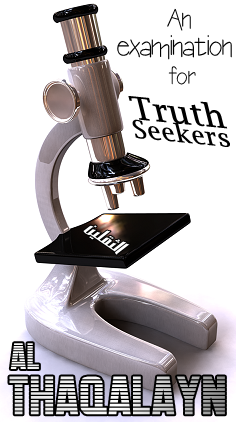 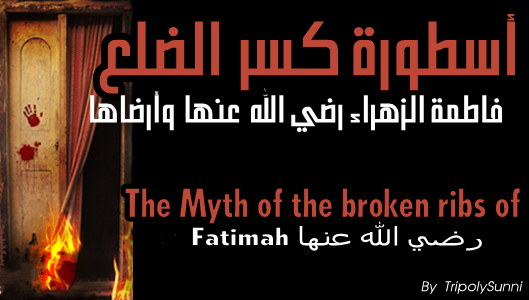 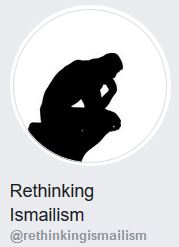